Moves toward a circular food system have expanded to encompass inter-sector collaborations, as seen in McDonald’s partnership with Ford Motor Company, which plans to create new vehicle parts using disposed coffee grounds. Over the last year, upcycling has been increasingly spotlighted as providing new avenues for the creation of new value-added products across industry. In similar developments, the EU-funded WaSeaBi project, is bringing together fishing companies together to transform unused cod heads, frames and intestines from waste to value.

Ford’s partnership with McDonald’s is turning the fast food giant’s supplied coffee chaff – the dried skin of the beans – into vehicle parts, such as headlamp housings and other interior components. By heating the chaff to high temperatures under low oxygen conditions, mixing it with plastic and other additives and turning it into pellets, the material can be formed into various shapes.

“Like McDonald’s, Ford is committed to minimizing waste. By finding a way to use coffee chaff as a resource, we are elevating how companies together can increase participation in the closed-loop economy,” says Ian Olson, Senior Director, Global Sustainability, McDonald’s.

Meeting the quality specifications set for automobile parts, the resulting components will be approximately 20 percent lighter and require up to 25 percent less energy during the molding process.

“McDonald’s commitment to innovation matched our own forward-thinking vision and action for sustainability,” says Debbie Mielewski, Ford Senior Technical Leader, Sustainability and Emerging Materials Research Team. “This is an example of jumpstarting the closed-loop economy, where different industries work together and exchange materials that otherwise would be side- or waste products.”

Coffee chaff is currently recycled into bioenergy at Dutch McDonald’s restaurants, a McDonald’s Netherlands spokesperson tells. “This is part of our scale for good sustainability program in which we address reducing and recycling packaging and waste,” they explain.

Also active in the coffee space, Canadian company Wize Monkey has formulated its business model around the upcycling of prunings from the arabica coffee plant to create a tea product that is similar to black tea in its flavor profile and offers a “light and steady” caffeine (20mg per 8oz) kick. Coffee leaves prepared as a tea have been commonly consumed by coffee communities of Ethiopia and Indonesia for several centuries under the name of “kuti” in Ethiopia and “kawa don” in Indonesia.

“We’re the first people in history to ‘crack the code’ on processing arabica coffee leaves into a world-class tea,” says Arnaud Petitvallet, Co-Founder and COO of Wize Monkey. “It has been consumed for hundreds of years in different parts of the world as a sun-dried leaf, but has never been processed into a smooth tea until we crafted it with tea-inspired methods.”

This new tea is further facilitating the creation of year-round jobs during the coffee offseason. This has seen the gathering of coffee leaves for the upcycling process generate a new stable income for farming communities in Nicaragua, where 100 percent of the material is sourced.

From fish waste to great taste
In line with a zero-waste approach, EU-funded project WaSeaBi notes that store-bought cod filet is just 40 percent of the whole fish. Moreover, the residual parts, including the head, frame and intestines, are often disposed of, leaving the companies involved with a great expense.

“The times where foods are wasted or only used for low-value products are over. We need to exploit the entire biomass for food and feed ingredients to be able to feed the increasing world population in a sustainable manner,” Charlotte Jacobsen, WaSeaBi Project Coordinator, tells FoodIngredientsFirst.

The objective of the WaSeaBi project is to prevent aquatic resource exploitation. Jacobsen affirms that fishing companies are used to treating and regarding side-streams as waste, consequently poorly knowledgeable on how to treat them to maintain quality. To do so, companies need to develop storing solutions, sorting technologies and decision tools that will secure an efficient, sustainable supply system for by-catches, and side-streams from aquaculture, fisheries and the aquatic processing industries.

The WaSeaBi project directly taps into the UN’s Sustainable Development Goal 12, Sustainable consumption and production. Not only does reducing food waste contribute to a circular bioeconomy, but Jacobsen eyes market profitability as well. Transforming what was once regarded as fish waste is now set to result in profitable new ingredients, such as bioactives peptides for nutraceutical, food and feed application, protein-based and savory ingredients, as well as mineral supplements for food and feed, she says.

“This will value these raw materials into marketable products. We expect that the project will result in profitable new ingredients produced from seafood side-streams,” Jacobsen maintains. 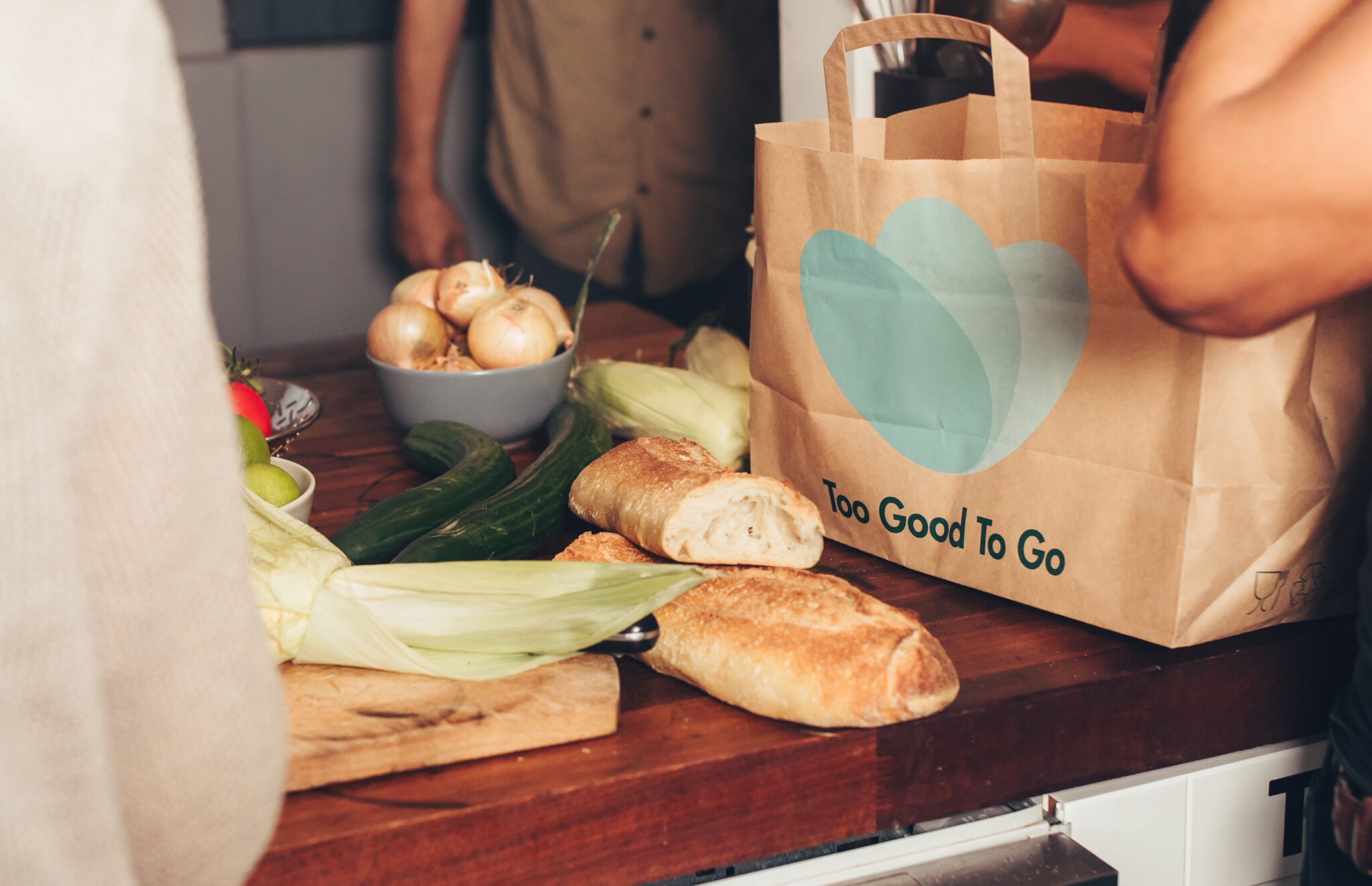 The Too Good To Go app allows consumers to fight food waste, one Magic Box at a time.Upcycled innovation
The war on food waste advances from several fronts, with upcycled products spearheading the movement. Consumer demand for upcycled food products continues to drive industry innovation, especially as the UN Food and Agriculture Organization (FAO) indicates that 14 percent of the world's food is lost after harvesting and before reaching the retail level.

In the food retail sector, the app and social disrupter Too Good To Go allows European consumers to purchase a “Magic Box” with a surprise assortment of food products from participating supermarkets, bakeries and grocery stores that would have otherwise been thrown away.

From an experimental scientific point of view, Cargill and Renmatix teamed up to explore a novel approach for upcycling a broad range of plant biomasses. The partnership intends to convert unused plant materials into highly functional food ingredients that can be used across multiple categories, from baked goods to dairy, soups, sauces and meat products.

Upcycling has become such an industry buzzword that the European Institute of Innovation & Technology (EIT) awarded twelve laureates of its 2019 Food Accelerator Network (EIT FAN) program within this space. The finalists were selected by a panel of investors, industry experts and entrepreneurs based on their impact on food systems as well as their economic viability.